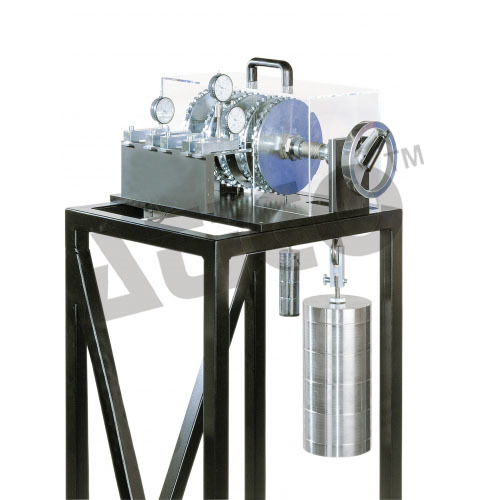 The planetary gear is aspecial type of gear drive, in which the multiple planet gears revolve around acentrally arranged sun gear. The planet gears are mounted on a planet carrierand engage positively in an internally toothed ring gear. Torque and power aredistributed among several planet gears. Sun gear, planet carrier and ring gearmay either be driving, driven or fixed. Planetary gears are used in auto-motiveconstruction and shipbuilding, as well as for stationary use in turbines andgeneral mechanical engineering. The unit allows the investigation of thedynamic behaviour of a two-stage planetary gear The trainer consists of twoplanet gear sets, each with three planet gears. The ring gear of the firststage is coupled to the planet carrier of the second stage. By fixingindividual gears, it is possible to configure a total of fourdifferent transmission ratios. The gear is accelerated via a cable drum and avariable set of weights. The set of weights is raised via a crank. A ratchetprevents the weight from accidentally escaping. A clamping roller freewheelenables free further rotation alter the weight has been released. The weight iscaught by a shock absorber. A transparent protective cover prevents accidentalcontact with the rotating parts. To be able to determine the effective torques,the force measurement measures the deflection of bending beams. Inductive speedsensors on all drive gears allow the speeds to be measured. The measured valuesare transmitted directly to a PC via USB. The data acquisition software isincluded. The angular acceleration can be read from the diagrams. Effectivemass moments of inertia  aredetermined by the angular acceleration.

Other Products in 'Strength Of Material Lab Equipment' category 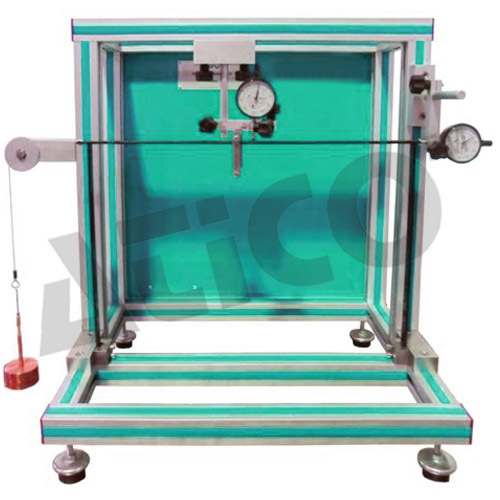 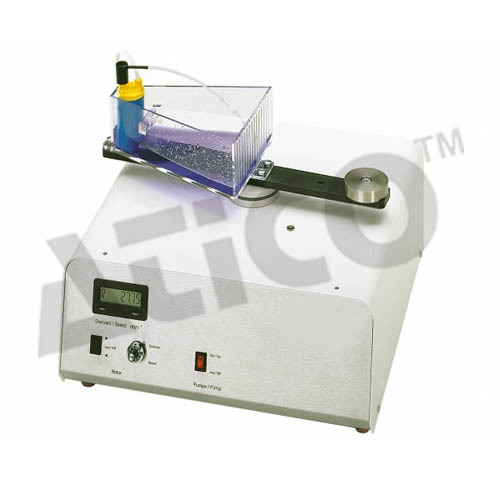 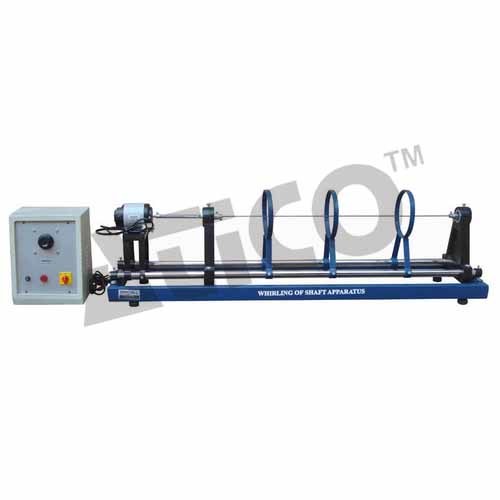 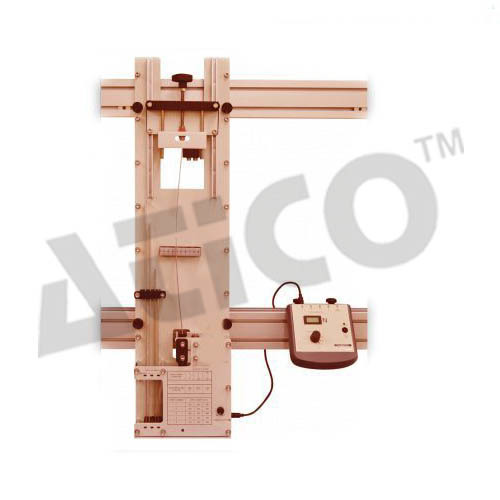